The activity was officially opened by Dr. Khaeruddin, M.Sc., as the Vice Dean for Academic and Student Affairs of FMIPA UNHAS. In his remarks, Khaeruddin expressed his gratitude for the willingness of the speakers to share information and experiences at UNHAS. He also gave an overview of the achievements of FMIPA UNHAS in various fields including efforts to increase collaboration with various partners.

“In general, FMIPA UNHAS continues to optimally provide space for students to develop their knowledge. Through guest lectures with various scientific backgrounds owned by each speaker, it is hoped that it can provide additional insights and new knowledge to students. FMIPA UNHAS as one of the faculties at UNHAS will continue to contribute in encouraging various achievements and contributions that UNHAS wants to achieve through the expansion of partnerships, “explained Khaeruddin.

After the official opening, it was continued with the presentation of the resource material. On this occasion, Prof. Sauro explained about “Lattice Boltzmann Theory: From the Construction to Basic and Advanced Applications”. In general, he gave an explanation of the Lattice-Boltzmann method which is a method of solving transfer phenomenon cases using a mesoscopic perspective, looking at the system statistically using a distribution function.

Furthermore, Prof. Sauro also gave a lot of explanations about several studies conducted by researchers using similar methods. In addition, he also described the development process of the application of this theory in life.

After the presentation of the material, it was then continued with a discussion and question and answer session from the participants involved. The activity, which was attended by approximately 100 participants, went smoothly and was scheduled to end at 16.00 Wita. 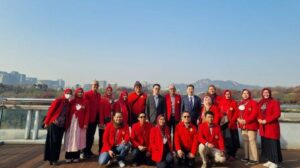 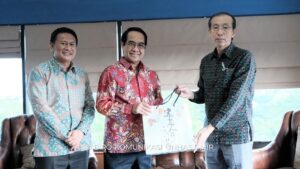 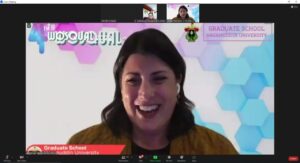